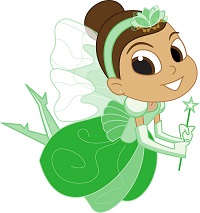 Delta Dental has released findings from the 2022 Original Tooth Fairy Poll®, and the Tooth Fairy’s cash gifts have reached a record high with an average of $5.36 per tooth nationwide.

The average cash gift in the southern region, which includes Oklahoma, was $5.77; a $1.32 increase from last year.

“The Tooth Fairy is a welcome visitor in homes across Oklahoma and the nation,” said Delta Dental of Oklahoma President and CEO John Gladden. “This year’s national poll reflects double-digit growth in Tooth Fairy giving – added inspiration for our youth to prioritize their oral healthcare.”

The Original Tooth Fairy Poll® has typically mirrored the economy’s overall direction, tracking with the trends of Standard & Poor’s 500 Index (S&P 500) for 17 of the past 20 years.

About the Survey:
The Original Tooth Fairy Poll® was conducted between January 19 and January 28, 2022, among a nationally representative sample of 1,000+ parents of children ages 6-12. The margin of error is +/- 3%.

For more information about the Delta Dental-sponsored survey and oral health tips for infants to pre-teen, visit the Original Tooth Fairy Poll®.