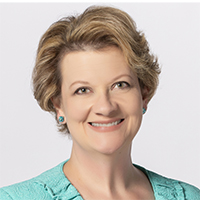 DDOK Foundation Director, Terrisa Singleton, has been named a finalist for The Journal Record’s 2020 Woman of the Year Award. Since 1981, The Journal Record has recognized Oklahoma’s most influential women, who have made a significant impact on local business and their communities.

Hundreds of women throughout the state are submitted for consideration each year. An independent selection committee narrows submissions down to a list of 50 finalists.

“Under Terrisa’s leadership, our Foundation has achieved every goal set for it and has reached hundreds of thousands of Oklahomans in need,” said President and CEO John Gladden. “She has repeatedly demonstrated intelligence, curiosity and willingness to pursue difficult challenges in an effort to positively affect the lives of thousands of Oklahoma’s most vulnerable and underserved citizens.”

The Journal Record’s overall ‘Woman of the Year’ will be named on October 8.