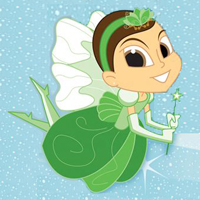 It looks like the Tooth Fairy tightened her money bag nationwide this year after an all-time high payout in 2016. However, a December poll showed the average Tooth Fairy gift in the southern region, which includes Oklahoma, was $4.12; up from the South’s 2015-2016 average of $3.63.

“Delta Dental of Oklahoma has a not-for-profit mission to advance the oral wellness of all Oklahomans,” said John Gladden, president and CEO, Delta Dental of Oklahoma. “We are pleased to see the Tooth Fairy is leaving monetary gifts in our region that help our organization reinforce the critical importance of good oral health for children.”

About the Survey: The Original Tooth Fairy Poll was conducted between December 13 and December 28, 2017, among a nationally representative sample of 1,007 parents of children ages 6-12. The margin of error is +/- 3.1 percent.